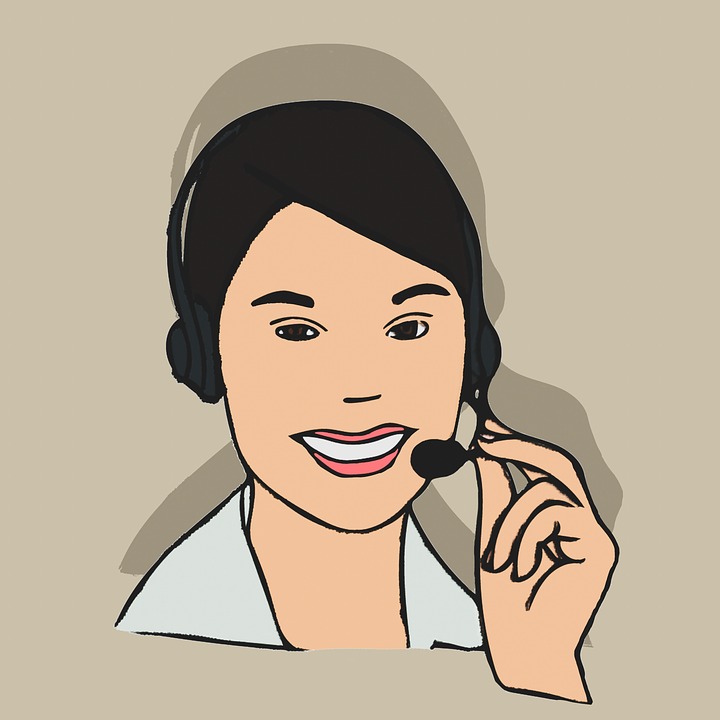 For the most part, working in Customer care is:

1. Having waves of malicious mouth odour wash over you by 9.15am when you are premenstrual and nauseous and want to lie down. Oh, and you have to smile through this biological attack and wait until the source is safely out of view before dousing yourself in air freshener.

2. Realizing that you are actually just a glorified errand girl/receptionist/nanny/mummy/court jester.

END_OF_DOCUMENT_TOKEN_TO_BE_REPLACED 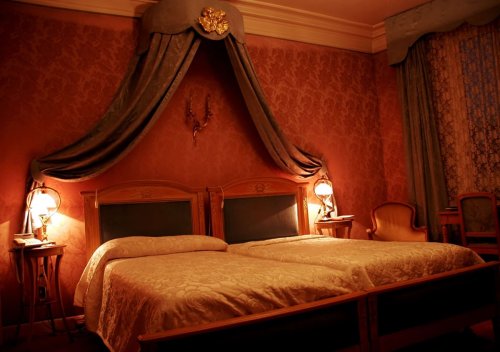 Premise: you’ll float through life humming your “relationship song” which is mushy and sweet and describes your love perfectly.
Reality: You’ll walk around singing Stereoman’s Sample Ekwe under your breath, because that’s what the guy you love loves.
Sample Ekwe.

Seriously.
(Meanwhile, he was the original Iyanya, lookit some of those moves.)

END_OF_DOCUMENT_TOKEN_TO_BE_REPLACED

Once upon a very weird Christmas time, an uncle of mine came over, and took me and a couple of my siblings to the zoo. It was a cheesy stab at “family fun”, but it exposed me to…well, the zoo.
So after then, I would go to the zoo from time to time, stare at the animals, give them names in my head and imagine them doing rather Dr. Seuss-like things.
It was a great idea (on paper), because I got to be on my own, cultivate some kind of a personal habit, and just be on my own and think.
It worked only once. Second time I went, I was accosted by this young chap. Senegalese, abi from Niger Republic, I can’t for the life of me remember. He stuck to me like a cow tick in a well fed dog’s fur, and wouldn’t let go.
How I was so beautiful, he was sure I could sing because I had such a lovely voice… Dude sang a couple bars of a song from an album he was allegedly working to drop real soon.
Sigh.
My girlfriend’s bf was competing in that Maltina Dance All show one year, and we all went to cheer the guy on. Seemed like a legit enough thing to do. During a break, I moved away from the “pack” to make a phone call, turned, and there he was. This wet-eyed Igbo boy, offering me a hanky because I was sweating from the heat and excitement inside the hall.
Toh, feeling a large drop of sweat on the cusp of splashing dramatically into my eye, I accepted the hanky and pushed aside thoughts of how weird it all was. And that was how I accepted a major stalker into my life.
There is nothing I didn’t do to shake off that guy, but even at that, it took a few months.
This one time, I was innocently walking from the house to the junction to get a keke. Suddenly I catch sight of a guy and girl standing outside a shop. The girl goes, “Ah, see this fine geh!” and in no time, the guy is coming up after me. Long story short (I never learn, I know this) I give him my number because it’s embarrassing; he has my bag and won’t let go, so passionate is his pleading.
That guy once gave me thirty – something missed calls and like four text messages ranging from “Why won’t you pick up, hope you’re ok” to “I’m very disappointed in you, why would you treat me like this, I’m never calling you again “.
Then he left some more missed calls.
What about when they fixed traffic lights at this roundabout in town here? There I was one bright Saturday morning, perched rather youthfully on a bike, heading to the tailor’s. Now, the light turned red so I was there o, only for me to hear, “Hello, baby, long time.” A slimy smile accompanied this fond greeting, after which the MAN in question proceeded to tell me how I was “his colour”. Mehn, I was Ray Charles to that guy and his teeth until that light changed and I moved on with normal life.
Right from secondary school, there was the (older) guy who’d show up in the mornings with cards and other related love-practices.
Same thing in Uni. The only time I was safe was when I hid in a particular corner of the library…
NYSC camp? Oh God. It was annoying, because I couldn’t be rude to the ones I didn’t like just so I could hang out with the interesting ones, like I would have wanted to 😦
Only last weekend, I asked an electrician to come fix a faulty outlet in my house. Now, I hate having handymen around because, small talk. I will never get the hang of talking for the sake of it, and to strangers, no less. So I hid somewhere with a Charles Dickens and waited for the guy to finish, abegs. I should mention that right when he came in, I was holding a half – finished pure water sachet in my hand. I asked if I should get him some water and your man smoothly took the one in my hand, wordlessly putting the edge I’d been drinking from to his mouth, like a promise… the chills, guys. The chills!
Anyway, your guy finished and I paid him off only for him to ask, just before I closed the gate:
“So… you living in this area, ba?”
You working…where?”
I was all like, hell nah, nicca, and closed the gate behind him.
So far, I’m still waiting for the type I see in Nollywood; that will sweep into my life, wash away my financial and material sins, expose my skin to the best creams and polish me, generally. And all this without thinking to ask for any kind of gratification in return.
In the meantime, though, this one guy said he loves me and he buys me pens from time to time…
That counts, no? 😦

Suddenly, Rachel felt extremely shy… It’s not like they hadn’t done this before, but this time it would be different, she just knew it. This time, it’d be more intimate, more of a promise, more forever. So she let the hotel bath robe fall to the floor, then slowly raised her eyes to meet his. Her breath caught in her throat because he was strikingly handsome in this moment. His boyish face filled with a kind of intent expectancy. Plus, the eager I-will-chop-you-raw look in his eyes right now made him so darn hot!
He raised a hand and casually, confidently waved his fingers, beckoning her closer. She took a few unsteady steps and came to a halt right in front of him. Ross was already ready, in every sense of the word. He was naked and damp from his shower, his D at half mast, in honour of the bountiful goodness of the land awaiting his pillaging. He reached up and cupped her left breast, moulding it gently in his palm, his thumb and forefinger rubbing on her nipple like it was a magic lamp. Her lips parted in acknowledgement of his ace move, her right arm reaching out to tweak his right nipple, the sensitive one. He pulled her down and kissed her on the lips, a kiss that wrought out a ragged moan from him. A kiss that took her years back, to that first breathless kiss all those years ago. Yet here they were, still eager, still knowing how this would end yet nervous nonetheless. 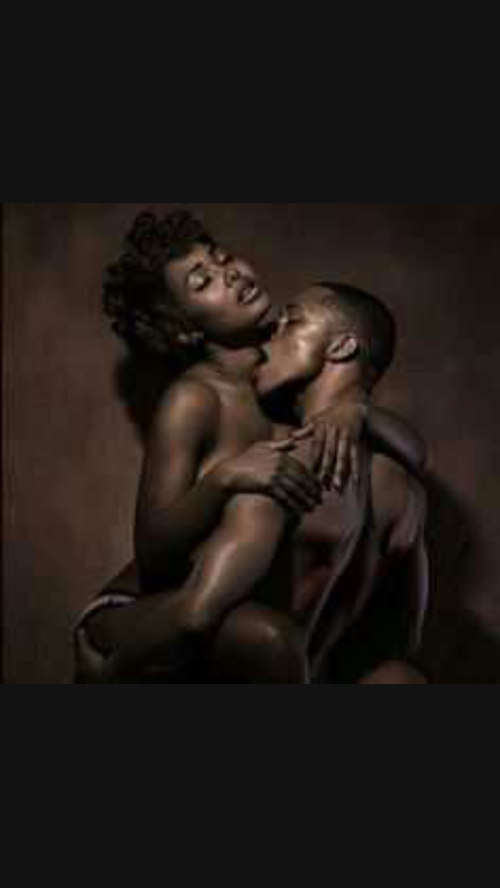 Holding his gaze, she firmly pushed him back on the bed, then dropped to her knees between his legs. Her smile was one of wicked enjoyment when she saw the dewy drop of precum spilling out of him. Using only her eyes to touch him, she lowered her mouth fractionally until she swallowed him into her mouth. The groan he let out was tortured; pleasure, impatience, the need for more, and a desire to make this last. She wondered if it made her a sadist, the fact that she enjoyed toying with him this much. His next move was unexpected.
She had her eyes closed, and her tongue languidly stoking the length and width of him when he sat up, grabbed her by the waist, turned her around and lay back down. The implication was, while she continued molesting him orally, he could now do the same to her. It was an evil plan because now she couldn’t keep still and interrupted her ministrations frequently to scream out. She was almost sure she felt his lips against her lower lips, curling into a smile whenever she screamed.

Rachel was soggy as a dish rag and quite frankly needed more, so she flipped around until she was straddling him and looking into his eyes. Those eyes that had done everything imaginable to her. Eyes that had stripped her naked, flashed with anger, crinkled with laughter, widened in appreciation, latched on in serious attention, rolled in exasperation and winked in a shared joke countless times. Those eyes closed momentarily now as she lowered her wetness around his thickness, sloooowly, until there was no more of him that wasn’t inside of her. He opened his eyes and chewed on his lower lip, his hands on her hips guiding her up and off, then pulling her sharply back onto him.
She rode him slowly, her body tilted back, eyes closed and hands cupping her breasts as she bounced up and down. He hugged her to himself, then rolled her over until he was on top and her legs were wrapped around his waist. He stroked her hair and caressed her face as he drove into her gently, whispering any and everything that came to mind. His heart rate quickened when her breathing became more and more ragged, then peaked in an uncultured shriek. Her body froze, eyes closed, mouth open, he felt the heat of the liquid coming out of her and he lost it then. He exchanged his gentle strokes for rough, hard, irregular ones, and soon he too had his eyes closed and animal growling mode on fleek.
He rolled onto his back to allow her rest on his chest, the light from the open bathroom glinting softly off their matching silver wedding rings.

Error: Twitter did not respond. Please wait a few minutes and refresh this page.

Also catch me on;